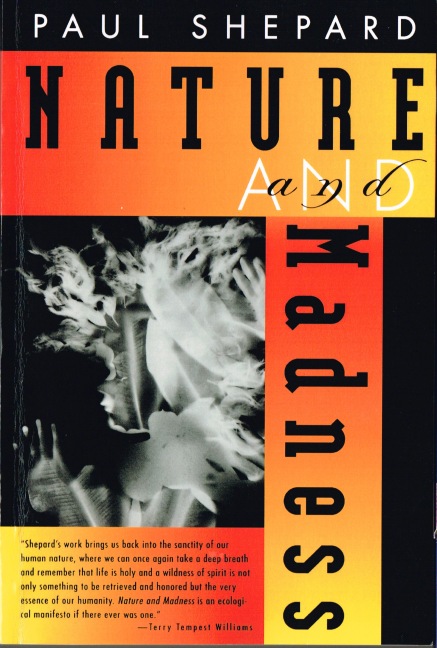 Paul Shepard (1925-1996) regarded this book as his most important. With convincing arguments and resonating descriptions of certain periods of human progress and modern humanity’s addictions and delinquencies, it postulates that, during the last 10,000 years, we have not taken the right steps towards greater adult maturity.

Highlighting four instances of human development, characterised as ‘the domesticators’, ‘the desert fathers’, ‘the puritans’ and ‘the mechanists’, he develops arguments suggesting that the demands of society, both social and technological, have have prevented the full development of the individual from adolescence into mature adulthood. He puts this down essentially to a lack of contact with raw nature during childhood and adolescence. The void created by this lack of contact has been filled by various persuasions and convictions that supported either new social/technological developments or the imposition of a particular social power structure. It is a compelling book which carries you along with its arguments, though often using esoteric words (derived from psychiatry and philosophy). Ultimately the book postulates an answer to the incapacity of the human race to face up to the ecological catastrophe being brought about by its current indulgences and the industry that stimulates and inspires them.